Dispatches from the TV News Team

Melania Trump’s personal website is now gone from the internet — but is preserved by the Internet Archive’s Wayback Machine — after a Huffington Post reporter and other news outlets began questioning elements of the would-be First Lady’s biography.

Yesterday Christina Wilkie, a national political reporter for the Huffington Post, published a story noting that Melania Trump’s elaborate website, www.melaniatrump.com, which existed as recently as July 20, now redirects to the Trump Organization’s official website. The removal of the website followed questions about a biography that appeared on it, that claimed  that Melania Trump had “earned a degree in design and architecture at University in Slovenia.”

Many media outlets have followed suit, writing that the website has now disappeared.

Today Melania Trump tweeted that the website was taken down because  “it does not accurately reflect my current and professional interests.” 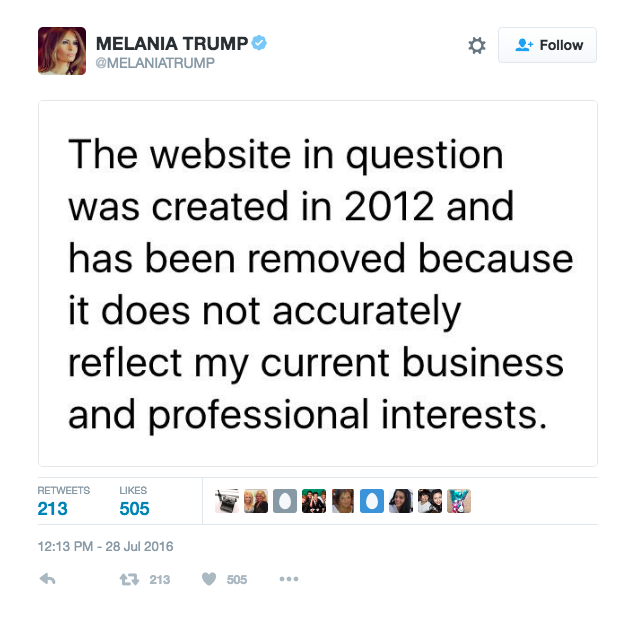 Wilkie and other reporters had questioned whether Trump truly obtained those degrees from the university. The inquiries took on new potency after she was accused of possible plagiarism in her speech before the Republican National Convention last week. The campaign has not answered questions about the biography. Snopes.com has reported that there is no “University of Slovenia.”

Meanwhile, Melania’s original biography is preserved on the Internet Archive’s Wayback Machine, which crawls websites to create a historical archive. The most recent snapshot was taken on July 20 — see the screenshot below. 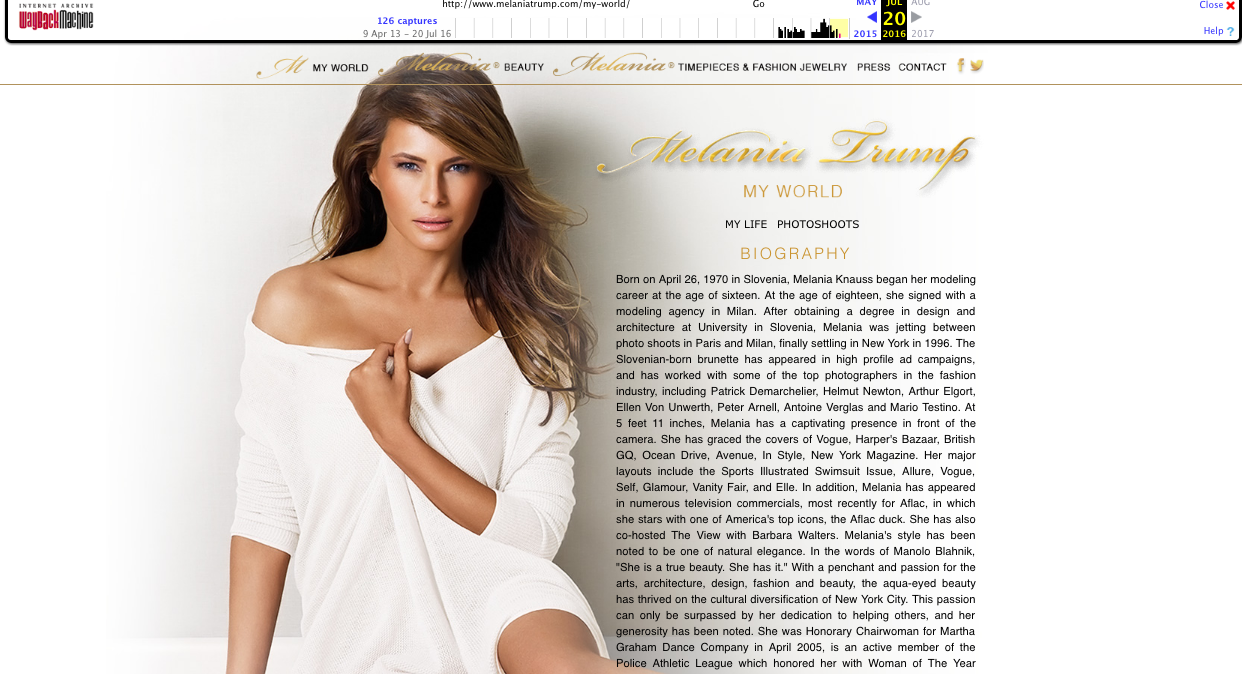 The Political TV Ad Archive is tracking and archiving political ads in the 2016 elections. In addition, we’ve set up a special Archive-It collection to track candidates’ and political organizations’ social media websites here, with more 320 million captures to date.